The Candy People are expected to submit a re-zoning request similar to the following to the West Pennsboro Township Supervisors. 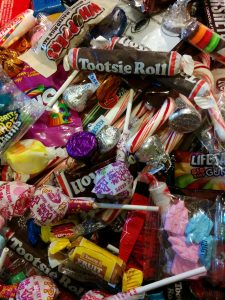 The Candy People respectfully request that the West Pennsboro Township Supervisors immediately rezone as much land as possible to facilitate the construction of numerous candy factories.  The factories will supply the township, school district and county with tax revenue.  The benefits to the residents will include disruptions to daily life, along with noise, air, light and water pollution.  The goal of The Candy People is to push this this request through the re-zoning process as quickly as possible so to not burden the citizens with the need to attend meetings or burden them with facts or useful details.  If possible the factories will be built before anyone realizes what is happening.  The hope is that public meetings will be poorly attended so no one will ask questions or attempts to slow the process down.  Along with expert witnesses The Candy People will present reports that validate the request.  Please see the attached repot that backs up the re-zoning request.

Call this satire or an absurd comparison.  Either way I would agree with you.  It is ridiculous that a Candy Company would rely on a kid to generate a report.  I think it is just as ridiculous that Supervisors would accept reports that were funded by applicants that stand to profit from requests.  No matter how ridiculous this fake request sounds it is based on what I saw happen with the Bock/Shover re-zoning.  The more I learn and the better I understand the processes the more I questions I have.

With all the preliminary approvals out of the way the first public meeting was held.  The residents had very little notice or time to prepare for the meeting.  The applicant on the other hand had a team of people with reposts that probably took months to generate.  The sight plan was dated 17 months prior to the meeting.  The reports that were presented at that meeting were paid for by the applicant.

After reading the factious request to re-zone for a candy factory followed by the actual request for a warehouse hopefully you will realize how absurd it is that an applicant is  allowed to pay for reports that are used to make major re-zoning decisions.  This also shows how important it is that citizens actively watch local government.